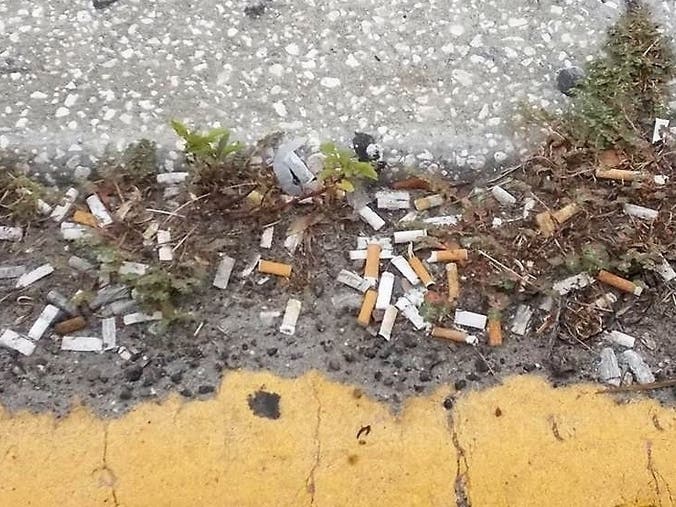 Patch – A new study lists just how much of our tax dollars are used to clean up litter in Philadelphia.

PHILADELPHIA — Philadelphia can be quite unkempt at times, with garbage littering streets often and in nearly all neighborhoods of the city.

And a new report issued Wednesday details how much we taxpayers spend to dispose of waste and cleanup illegal dumping.

The study, The Cost of Litter & Illegal Dumping in Pennsylvania – A Study of Nine Cities Across the Commonwealth by Keep Pennsylvania Beautiful and Burns & McDonnell, found that Philadelphia spends more than $48 million annually on cleanup, education, enforcement, and prevention efforts to address litter and illegal dumping.

According to the study, 89 percent of the total costs go to clean up efforts with 11 percent towards preventative measures.

“This study provides us a baseline on our spending efforts and shows that we still have work to do to move toward our Zero Waste goals,” said Nic Esposito, the Director of the Zero Waste and Litter Cabinet. “In the long run, the only way to reduce this cost burden is to invest more in preventative measures, because without them the cost of cleaning up our trash will only continue to rise.”

The cost of dealing with litter and illegal dumping are quite large for communities but are often obscured because they are dispersed across various governmental departments as well as community-based organizations and volunteer groups.

“While litter and illegal dumping are often discussed as social or environmental problems, rarely do we think about their economic impact,” explains Shannon Reiter, President, Keep Pennsylvania Beautiful. “Understanding these costs is a critical first step in developing strategies to change littering behavior. We’re seeing that even extensive and expensive cleanup efforts can’t keep pace with the amount of litter that’s accumulating. The only way to reduce this cost burden is to reduce littering through preventive measures, such as expanding solid waste and recycling infrastructure and developing effective school-based and consumer education.”

The study points to strong leadership in fighting litter and illegal dumping in Philadelphia by Mayor Jim Kenney’s establishment of the Zero Waste and Litter Cabinet. All actions of the Cabinet are guided by a comprehensive Action Plan who measures the impact of its programs quantitatively using the Litter Index.

This study was made possible with financial support from the Richard King Mellon Foundation and each of the nine participating cities. Indirect support was provided by the Pennsylvania Department of Environmental Protection.

The Pennsylvania Litter Research Study was conducted in 2018-2019 with funding from DEP, PennDOT, Keep America Beautiful, and Keep Pennsylvania Beautiful. Field results indicate more than 502 million pieces of litter on Pennsylvania roads. The most common items are cigarette butts (37 percent) and plastics (30 percent), with plastic film and beverage containers most prevalent. Motorists and pedestrians are leading sources of litter, followed by improperly secured truck loads. Additionally, more than 90 percent of phone survey respondents said littering is a problem in Pennsylvania. More than 76 percent said it reduces property values and negatively affects tourism and business.