Can residents ‘Keep Pennsylvania Beautiful?’ Results of a littering report just in 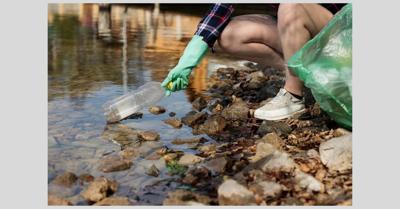 On February 5, 2020, the Department of Environmental Protection (DEP), PennDOT, and Keep Pennsylvania Beautiful released the first statewide comprehensive research report on littering, the cost of cleaning litter, and attitudes towards littering. The study was conducted throughout the years 2018 and 2019. The organizations are now working on a plan to focus on preventing litter, since prevention is much less costly than constantly trying to keep up with clean-up efforts.

Cities collectively spend over $68 million annually on cleanup, education, enforcement, and prevention efforts related to litter and illegal dumping, according to a related study of nine cities commissioned by Keep Pennsylvania Beautiful. Eighty percent of costs go specifically to cleanup, with Philadelphia spending more than $36 million; Pittsburgh and Allentown spending more than $2 million; Harrisburg, Lancaster, and Reading spending over $1 million; and Altoona, Erie, and Scranton spending hundreds of thousands of dollars each year.

The 2018-2019 study included on-the-ground litter counts in 180 locations statewide, a random phone survey of 500 residents, and a forum where 120 community, business, and government leaders shared their views on litter impacts and what should be done to end littering.

The goal is to build the action plan around four behavior change strategies, including infrastructure such as waste and recycling facilities and trash cans; public and school-based education; laws and ordinances; and incentives and enforcement.

Keep Pennsylvania Beautiful, DEP, and PennDOT have partnered for 15 years on an annual Pick Up Pennsylvania campaign. Many thousands of Pennsylvanians have volunteered in these local community projects, removing millions of pounds of trash.
Go to Article
On February 11, 2020   /   News Articles